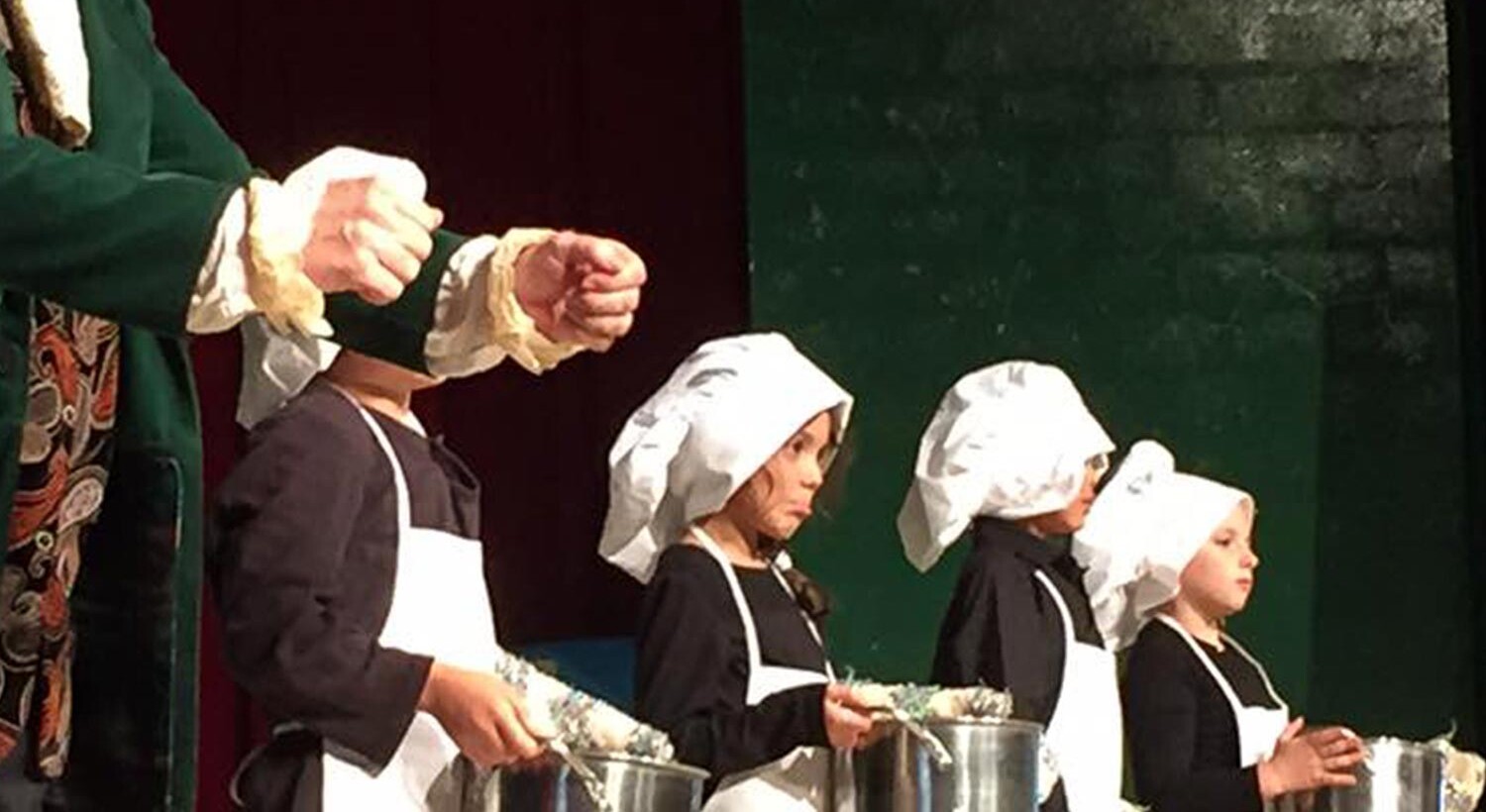 For many years, we have been sponsoring a musical each year performed by the second-grade students at Callahan Elementary School. These fun shows are produced by The Baillie Players, a troupe from Inman, South Carolina. They are a professional touring theatre company that works in schools directing students in original musical theatre productions. The company provides sets, costumes, scripts, and music in conjunction with professional consultation in theatre and musical theatre productions. It runs a five-day residency program concluding with a live show!

The following after school musical and theatre programs are offered: